You’re in a band, which means you have no money. Ah, the eternal joke…but it’s true, of course. Those expensive instruments you bought certainly weren’t free. The thousand-watt amp that the neighbors constantly complain about was not purchased at a Wal-Mart for a low, low price. And instead of going to law school, or learning to be an investment banker, you spent your formative years learning how to play “Stairway to Heaven” without messing it up.

So now it’s time to press your brand new CD – the CD that’s going to catapult you to stardom, the CD that you spent countless hours perfecting – but to add in that 16 page booklet and the unfoldable wall poster, it’s going to cost around $2,500. So how do you, the band manager who’s also living out of your parent’s basement, come up with that money?

It’s simple – ask your fans! There are a number of websites that can help you set up a funding request in order to ask your friends, family, and fans to help support your new release. For this article, we’re going to be focusing on the most popular one – Kickstarter.com.

So what is Kickstarter? It’s a website specifically created to fund creative projects. You upload a video describing your project, and fill out some information about what you plan to do, and then share your project with your fans, hoping they’ll be so excited, they immediately throw their wallet at the screen.

And it’s free! …well, mostly. Kickstarter takes 3-5% of your funds if your project gets fully funded, and amazon payments also takes 3-5%. So in the worst possible scenario, you’re losing 10% of your raised funds. But remember – you wouldn’t have the money in the first place without Kickstarter, so it’s an easier pill to swallow.

“But Fang, I don’t want to beg my fans for money!” That’s just the thing – they’re not giving you money for nothing (or their chicks for free)! You set pledge levels, and if a person hits a certain pledge level, they get a fabulous prize. So for instance, if a person pledges $25, they’ll get a physical copy of your CD and a hand-made t-shirt (which I showed you how to make a few blog posts ago, remember?). For $500, they get to eat strawberries off of your naked body. Things like that. So think of it less like a charity, and more like a CD pre-order.

So how do you run a successful Kickstarter campaign?

(Full disclosure – most of this advice is regurgitated by me from a talk that Martin Atkins did on how to run a Kickstarter campaign. He will most likely sue me for the thousands – nay, millions of dollars that I make writing these blog posts.)

First step – prepare. How many people do you have on your mailing list? Facebook? Twitter? Other social media? Any other email lists that you’re on that you can use? Add all of those numbers together, and multiply by 0.15 (15%). Now multiply that number by $20. That’ll give you a semi-realistic baseline to start from. You may want to adjust down (or up) depending on how realistic it is. It is very important that your campaign succeed. Why? Because unsuccessful campaigns exist on Kickstarter until the end of time, and if fans see that your last twelve Kickstarter campaigns were utter failures, no one is going to want to donate to your thirteenth try. As the Art of War states, “Never take your country to war unless you already know the outcome.”

Next step – pledge levels. Here’s a good outline of some of the levels you’ll want to consider in your Kickstarter:

4. The access thing (be on the album, part of the show, party with the band, etc.)

6. The thing that reinforces who you are (i.e. something you do well – car detailing, computer virus repair, welding, fry cooking, etc.)

7. The crazy expensive thing just in case some insane person really loves you and wants to collect your hair to make a doll to worship

Or come up with your own! Just remember to keep the prices accessible to your fans! Most people pledge between $15 – $30, so don’t start your CD/shirt combos at $50 – especially if you sell them at your merch booth for $20 combined.

Final step – the video. You don’t have to make a crazy expensive video with a bunch of editing and special effects. Just make it short, sweet, and memorable. Unless you’re describing how the robot you’re going to build for the $500 pledge levels will kill all of the owner’s worst enemies, and then ironically turn on the owner itself, you don’t need to make a seven-minute video. Keep it under three. If you don’t know what to do, watch a bunch of successful campaigns’ videos. That should give you a good idea of what to shoot for.

Ok, so you’ve got your Kickstarter campaign up. Now what? Well, you’ve got to share your campaign everywhere you possibly can! Facebook, Twitter, LinkedIn, etc. And make sure to ask your friends to share the link as well. A study has shown that links on Facebook/Twitter have a 40% higher chance of being shared if you put the words “SHARE” or “RETWEET” in the message.

And now you just wait for the cash to start rolling in! …or not. Remember, it’s all about what YOU offer to those who are donating. Make sure to send a personal “thank you” to each person who donates.

Keep your video funny, your prizes cool, and your expectations low, and hopefully you’ll have a successful kickstarter campaign! 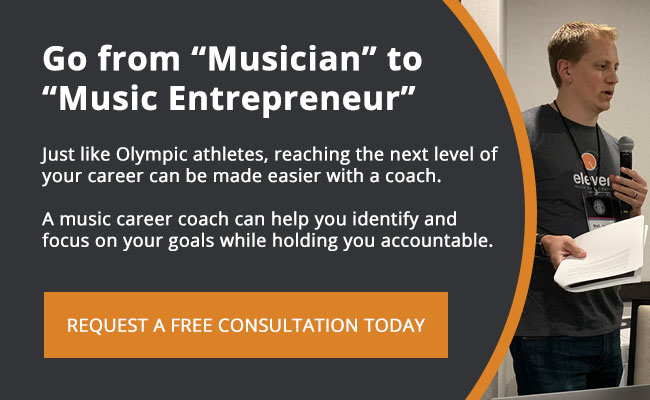